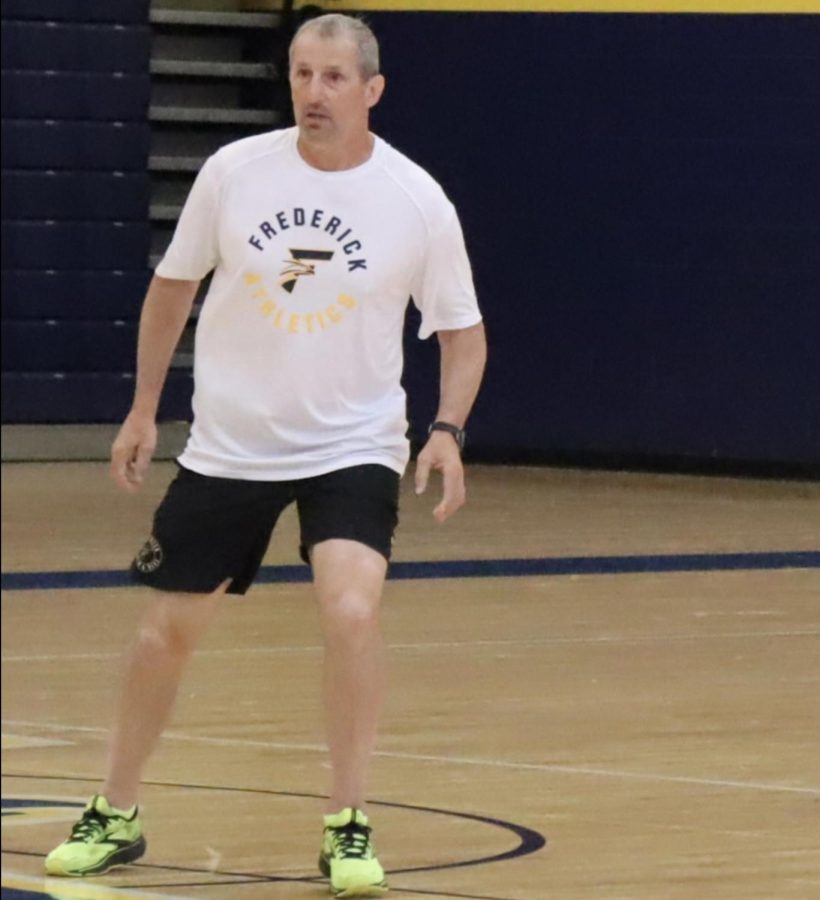 Murray Wallace is the PE and health teacher who just started his first year teaching at Frederick High School. Mr. Wallace has been teaching for sixteen years and has described his experience at Frederick s0 far as, “interesting but enjoyable.”

Mr. Wallace claims he has enjoyed teaching PE the most because, “it’s fun watching students that are traditionally excluded getting involved.” He also says he went into teaching because he “Wanted to help others enjoy life.”