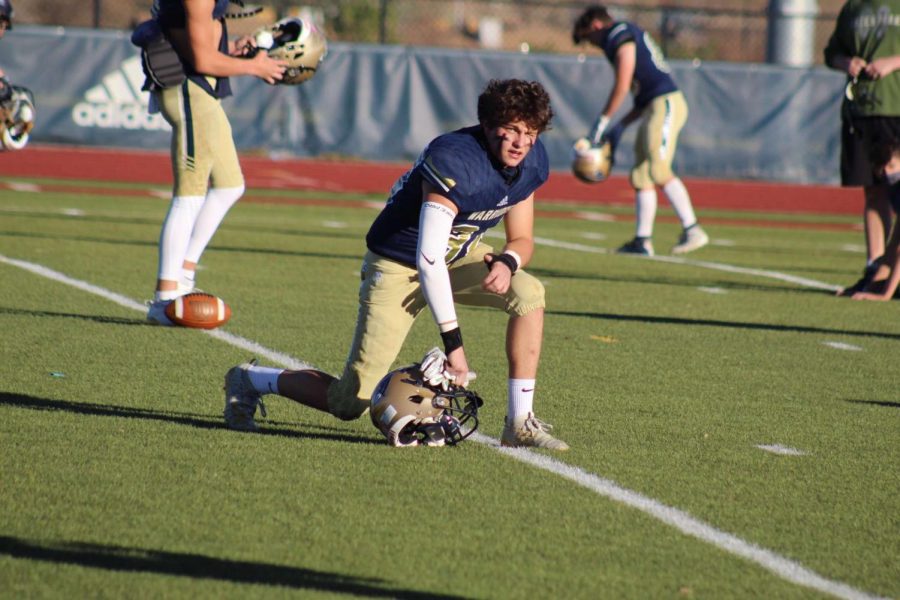 Sophomore Joseph Villani is really good at sports. So much so, that he’s already getting scouts for college.

Joseph Villani talks about life as a student athlete at FHS

Joseph Villani is a sophomore at Frederick High School. He is a star pitcher for both our high school team and his competitive baseball team. Villani was recently invited to try out for the top team in the state, USA Prime. This is a huge accomplishment, especially when you consider the fact that only five 10th graders in the state were invited.

We at the scout talked to Joseph about this new team.

“It really is a cool opportunity,” Joseph said.

“It’ll get me a lot of exposure to colleges which will lead to scholarships hopefully.” he continued.

Joseph is a pitcher as well as a third baseman, however, he shines with his position as pitcher which is what helped him to get invited to tryouts. Joseph, however, says that he does prefer to play as third baseman more.

“I really like pitching but it’s super stressful. I like third because it’s more laid back, but I still get to make some flashy plays and be important to the team.” Villani said.

Villani is a star batter as well. For his competitive team last year he had hit three home runs and hit with a .507 batting average. Unfortunately for Villani FHS wasn’t able to have their baseball season last year which didn’t help Villani to raise this number.

“I was looking forward to improving in high school with Howell and Krause (the two high school coaches) but I guess that didn’t happen. It’s kinda lucky though because my competitive season didn’t really get affected by COVID.” He continued.

To make things even better Joseph is also a standout student at Frederick High School. Alongside his batting record, Villani is also able to successfully balance school, baseball, and football, while keeping a 4.2 GPA.

“Ya it gets kinda tricky with all my schoolwork and sports and stuff,” Joseph says,

“But once you get used to it it really isn’t that bad. With my schedule, I even get some free time during the day.”

Surprisingly for Joseph, baseball has not always been his main focus. In fact last year he placed more emphasis on football. It wasn’t until the high school football season started this year that Villani realized his true passion for baseball.

“I think that football is really fun but I kinda just like baseball more,” Villani stated.

“It’s not as intense and if you look at it it’s a lot easier to get scholarships and offers from colleges for baseball.” Joseph continued.

“I think it’ll be really fun. It’s a great opportunity to improve.” However, he also said that “There is no guarantee that I make the team. I’m hopeful and I think I’ve got a good shot but it’s not 100%.”

Joseph Villani is a super interesting person who has a great future ahead of him. Between his amazing baseball record and the scholarships that he’s bringing in, Villani indeed has a lot ahead for him. We at the scout definitely can not wait to see what else Joseph does in the future.