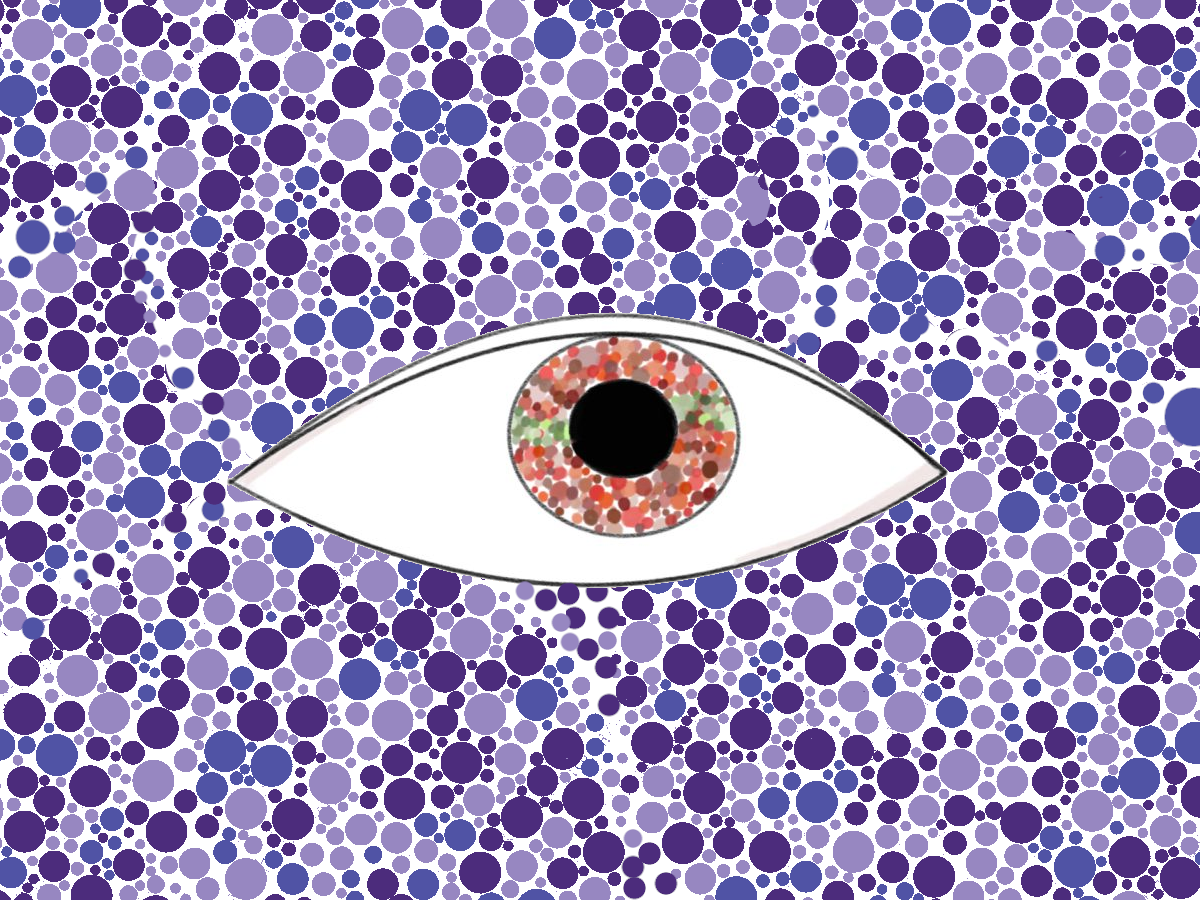 The Ishihara test is a type of eye exam made up of colored dots used to determine colorblindness. However, it may not be used enough, as studies show a large number of students don’t know that they’re colorblind–and worse, these students may be at a disadvantage in their classes. (Art by Lexi Otterbein)

The Ishihara test is a type of eye exam made up of colored dots used to determine colorblindness. However, it may not be used enough, as studies show a large number of students don’t know that they’re colorblind–and worse, these students may be at a disadvantage in their classes.

Look at the drawing above. Study it closely.

Do you see the green line?

If you can’t, you may be one of the one in twelve men who are colorblind.

According to Healthline.com, 9% of the global population has some form of colorblindness, with men more likely to be colorblind than women (1 in 200 women are colorblind). This makes the affliction as common as ADHD and nearly as common as diabetes. A person is more likely to be born with colorblindness than blue eyes or green eyes. So why are there lots of public awareness campaigns around ADHD and diabetes, while colorblindness is not as often discussed? More troubling, while everyone knows if they have blue or green eyes, not everyone knows that they are colorblind, which can lead to difficulties both in and out of the classroom.

Colorblindness at a Glance

To see colors, our eyes have three types of “cone cells”: red, green, and blue. Colorblindness occurs when these cells are damaged, malformed, or are not read correctly by the brain. When one of these three colors is missing, it affects eyesight on a whole. For example, some people with colorblindness mix up the colors red and green, as they look the same to them–this is an indication of protanopia (damage to red cones), deuteranopia (damage to green cones), or tritanopia (damage to the blue cones). Some people even only see the world in one color because they only have one kind of cone (monochromia) or lack all pigment in their cones and see no color at all (achromatopsia).

Colorblindness can also occur from tetrachromacy, a condition that happens in 12% of women where a fourth type of light-absorbing cone is found in the eye; this gives these women “super color vision” that allows them to see more colors and tones than the rest of the human population. This expansion of colors is considered a type of colorblindness as these women similarly do not see color the same way as the average person. 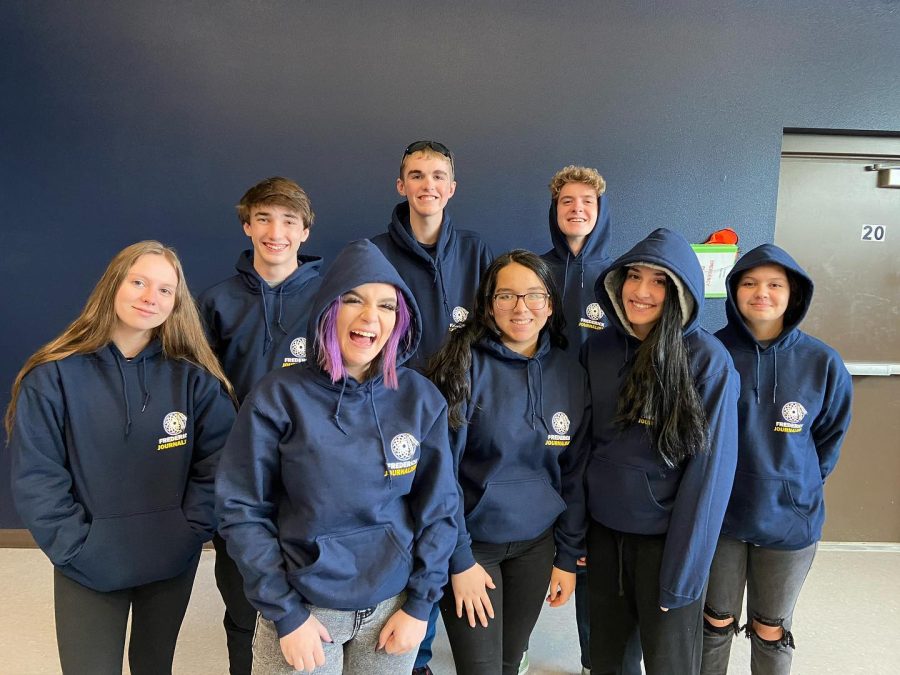 Gallery|5 Photos
Brandon Coon
A photo of our awesome Scout staff in our Press hoodies as viewed by a trichromatic eye (normal vision).

Being colorblind can affect a lot more than just driving, it can affect your whole future—such as jobs. Sophomore Jake Anderson, who is afflicted with red-green colorblindness, said “I do [automotive] races in my spare time, and green lights aren’t actually green for me, so it makes life a little harder.”

Certain jobs will not allow a person to work for them if they can’t see colors correctly. Chemical, electrical, and mechanical engineers all require color coordination because a lot of wiring and electronic parts like resistors are color-coded. Same scenario with an air pilot, as they have to distinguish certain colors and identify signals. Colorblindness similarly limits certain individuals from some types of military service (like the Air Force) while some specialty jobs actively seek people with certain types of colorblindness that allow them to see camouflaged soldiers easier. Those wanting to be doctors may be limited by colorblindness as they need to see color to treat and diagnose, while an aspiring police officer may be unable to describe a crime scene or what someone was wearing. A graphic designer, web designer, chef, interior decorator, painter– all of these jobs require precision in choosing colors and it can be hard if not impossible to achieve success in those fields whilst having colorblindness.

While student futures could clearly be impacted by colorblindness, most teachers feel it isn’t an issue in their classes. Mrs. Melissa Calderon, an art teacher at Frederick, told us that it wasn’t an issue in art, as”we can do adaptive stuff. There’s a lot of famous artists that are colorblind.”

This is true: Claude Monet suffered from tritanopia late in life, and because he couldn’t see shades of blue, his paintings became more red and yellow. While he couldn’t see color like he used to, he still made beautiful art that hangs in museums today.

Ms. Megan LeSage, another art teacher, agreed: “I don’t think it necessarily affects students. Everyone experiences the world differently, and everyone is going to see it through their own unique perspective. I’ve heard people tell me they’re colorblind but it’s never been an issue.”

However, there is a wrinkle to this story: Monet had cataract surgery to alleviate his colorblindness, as he felt it limited his artistry. While he adapted to his condition–he labeled all his paints with the name of the color–he still felt that his colorblindness made his life harder. This is the common issue with colorblindness–so many students don’t know they are colorblind, and so many teachers either don’t ask if students can see color or feel that it’s not a big issue.

“In theatre, color is communication. We use colored tape called spike tape to mark where things go onstage at certain points in a show, as technicians don’t talk when onstage to keep the audience from noticing them. If a student can’t differentiate the colors, they can move something where it shouldn’t be. At best, it will jar the audience out of the show when the lights come up and something’s not right. At worst, an actor could trip over set they weren’t expecting to be in their way and break their leg.”

While backstage theatre is known for being as black and dark as possible, Mr. Coon showed us how much color plays into theatre design, from paint to shades of makeup to spools of sewing thread. “Every color communicates a feeling to the audience, whether they realize it or not.” Mr. Coon said. “Red makes people think of anger, blue makes people think of sadness. A student with colorblindness can memorize a list of those connotations, but it gets complicated when we add light.”

While we think of light as white, stage light is often colored with sheets of plastic called gels. These lights are colored because they make a set seem more natural or because they set a mood. However, everything on stage also has color, and when two colors mix, it can create a new undesired color.

“We usually have blue light onstage to make it look like night. Let’s say an actor comes out in a bright red shirt. Guess what–the shirt is no longer red; it’s either brown or black depending on how dark the blue light is. This color mixing is vexing for students with normal eyesight–it was maddening for the students I’ve had who had colorblindness. They end up communicating the wrong messages to the audience than they intended.”

He told us that, in his experience, students with colorblindness would either get very frustrated, not speak up out of embarrassment, have others do I’ll their work, or quit their interest in lighting, painting, and other jobs that use color a lot and moved to jobs that seldom use color lie building and sound. “We make it work,” Mr. Coon said, “but I’ve had a handful of students who just gave up because it’s hard to see the world in a way that you can’t understand. I do what I can to help, but it can be difficult to make students reframe limitations as challenges when a show is in two days and it’s taking them an hour to figure out something a student without colorblindness could solve in five minutes.”

So, what can be done to prevent colorblindness? Not much, really. There is still no cure for colorblindness: despite extensive testing among other species of animals where genetic colorblindness has been cured, none have been allowed to move onto human trials. There are lenses and glasses that can help aid certain types of colorblindness by increasing color contrast, but most are hundreds of dollars and may not work best for those with prescription glasses.  If a person develops colorblindness due to a condition or disease, addressing the condition or illness can sometimes cure the colorblindness, though sometimes the damage to the eye and its nerves is permanent.

So if we cannot cure colorblindness, we need to make our school and community more colorblind-friendly. Now, we shouldn’t just make everything black and white and gray, but there are steps we could take as a school to make sure that students with colorblindness have the same access as others. Here are some ideas: 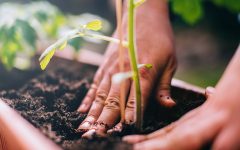 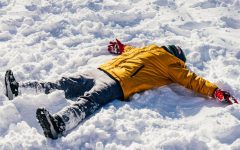 When does a snow day become unnecessary 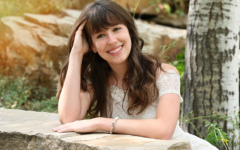 Senior Spotlight: Writing Her Own Story 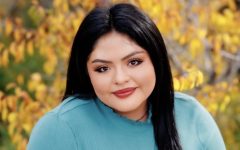 Senior Spotlight: Further In The Future 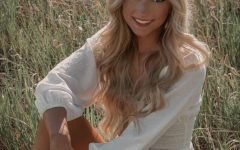