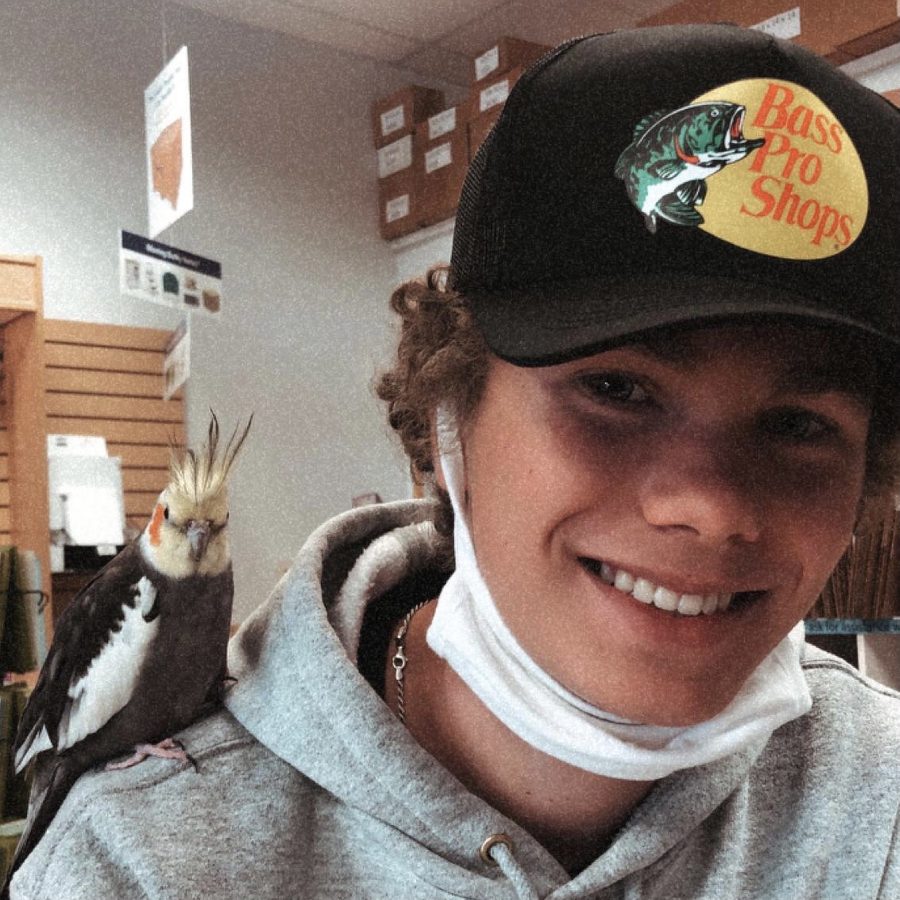 Trent smiling at the camera

Trent Fitzgerald has been a star student at Frederick High School–Trent has lettered academically three times, has taken multiple AP and Front Range Community College (FRCC) classes, and has also earned an academic excellence award in physics. Yet Trent is preparing for a new intellectual challenge: outsmarting the business world.

Finance can be a difficult field, especially right now with many businesses folding thanks to the pandemic. But Trent thinks he’s up for the challenge.

“Intro to Business through FRCC was my favorite class,” he told us. “It gave an overview of the various business fields and allowed me to discover what interests me and what doesn’t. And what interests me is finance.”

Thanks to these classes, Trent has decided to go to the University of Wyoming for finance and business administration. Taking the Front Range class has helped him get a good idea of what college classes will be like and what he needs to expect.

“Honestly, I’m super excited to be going to school for stuff I want to do and to be getting my career ‘started’,” he said, putting air quotes around the word started. When I asked him why he did that, he started telling me about all the plans for his future he has been forming since his freshman year.

“Right out of college, I want to be with an established company. Maybe in the future owning a business would be a possibility for me, but that would be a long ways away since, well, essentially I’d need to learn what I’m doing in whatever field I end up in. I also don’t have the money right now to start my own business.”

Until Trent can join a company, he is happy working retail at Home Depot, as he feels that it’s giving him a good insight into how a business runs and how to interact with customers.

“The best part about working garden is that I get to work with some cool people and am always busy,” Trent says. “I like staying busy just because it gets boring doing nothing and it also feels pointless.”

His hard work has paid off, as in the past ten months earned multiple awards for being one of the top cashiers–something Trent attributes to what he has learned in his classes at Frederick.

“One of the key pieces to being a successful student is the same thing someone successful in business needs: time management.” Trent said that his freshman year was rough because he didn’t know how to manage his time and prioritize his work. “Doing your work in the first place is also very important, as it makes you reliable. I’ve helped multiple students learn this and helped tutor them with their work. “

Though Trent’s parents are sad to see him going off to college, they are also very excited for him. His dad went to U of Wyo for business as well, so he’s excited that his son is following in his footsteps. He just hopes Trent finds an industry that will bring him success, as Trent is keeping his options open right now. After all, he can manage any type of business, but when pushed, Trent always has the same answer:

“I want to open a Shitzu orphanage and grooming spa,” he says, laughing at his own joke.