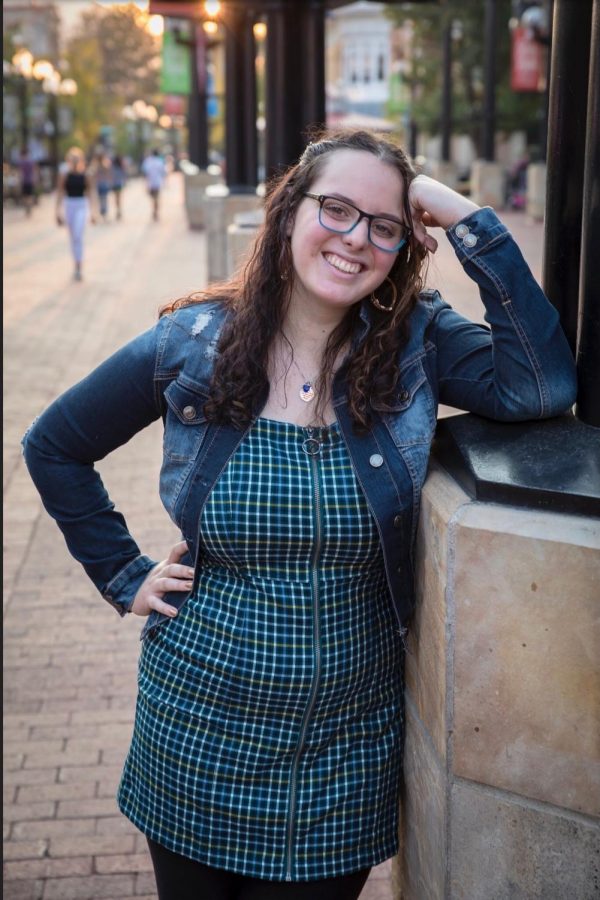 Elicia Ramu is a hardworking student and editor who is always trying to bring joy to everyone she knows.

Ever since Elicia Ramu can remember, she has always loved to write. Other than reading, writing was her true hobby and was something that she had a knack for. Growing up in the state of Maine for most of her life with no journalism classes offered at the middle school, the best way for her to get feedback was from her teachers every time she turned in a longer essay than was needed. After moving to Colorado in 2017 and slowly beginning to explore her talent even more, Elicia eventually found her life and place in journalism while writing for the Frederick Scout.

“Going into Journalism, I was really nervous. I knew that I had a knack for writing and that it was something that I was good at but I wasn’t sure if I would be good enough to write for the paper.” Elicia said when asked about what it was like when she first joined journalism.

“I’ve always been able to write. It’s something that I’m good at especially when I’m passionate about a topic. I found that my teachers would often ask me to write a response to a simple question and in return, they would get a paragraph or two back. Once I started writing it was like I couldn’t stop.”

Looking back now, Elicia has come a long way. When Elicia started writing for journalism she had no idea that by the end of her first year her teacher would tell her that he wanted her to go out for the role of editor next year. She was in complete shock at the thought of it. However, here she is, standing tall in one of the many editor positions for the Frederick Scout.

“I joined Journalism my junior year of high school. I’m now in my senior year and working-writing as an editor alongside a bunch of amazing other editors and a bunch of other amazing writers that always makes journalism and my editorial meetings so much fun to be around. Whether we’re having an unplanned super long discussion about a random topic or just talking about something random in general, there’s always something to look forward to in the class.”

One of the coolest things about Elicia though isn’t just the fact that she’s now editor for the paper but it’s the story behind her inspiration for writing and how her biggest supporter is the one who has always been able to keep her writing and keep her motivated.

“My biggest supporter would definitely be my grandfather for sure. My whole family supports me and has always supported me but, my grandfather is the one who has always pushed me to do my absolute best when it comes to writing. Whenever I’m stuck on an article or need someone to listen to an article I wrote he would be the one that I would call. He’d sit and listen to an article I wrote for hours. Alongside that, he always told me that he could see me writing a book in the future or pursuing a career in writing. He believed in my writing more than I feel like anyone has and I really appreciate that.”

Elicia has succeeded with so many things already despite the challenges that have come her way. Between constantly working extremely hard at school, being an amazing older sister to her younger brothers, and balancing her editorial duties Elicia has also been able to hold a spot as a Quill & Scroll Honor Society Member.

“I got an email from my journalism teacher at the end of last semester telling me that I had been accepted into the honor society and I instantly jumped up off of my bed and ran upstairs to tell my parents before grabbing my phone and calling my grandfather. At the time I was having a bit of a rough patch and it was amazing news to hear, especially when everyone needed a smile.”

Elicia is one of the nicest people that I have met. I’ve known her for two years after meeting in advisory and she is my inspiration and the whole reason why I joined journalism in the first place. She’s hardworking and never gives up no matter what comes her way. Along with that, she is someone who can easily make you laugh and is one of the first people that will ask you if you’re okay or make sure you’re doing okay even when you didn’t ask.

Planning to go to Front Range Community College to get two more years of figuring out whether she wants to major in English, journalism, or both Elicia is on a roll. One thing that can be said is that she has a long way to go and we can’t wait to see what else she has in store for her life, journalism career, and more.