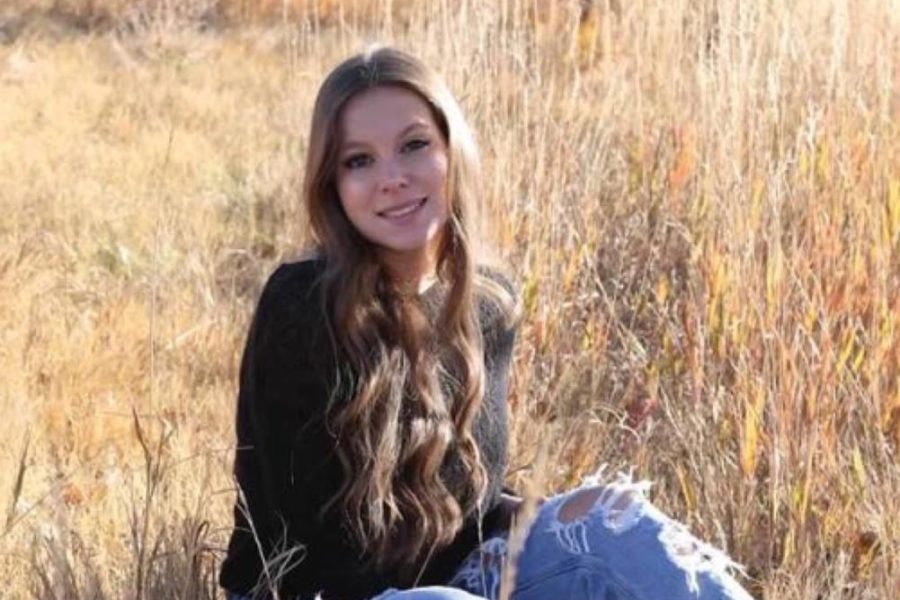 Jillian was able to lead the way and keep everyone from the scout up to date and on time.

Three seniors from the Scout are ready to sign off

With the year coming to an end, that means that the journalism staff is going to be losing some seniors. This year, with the graduating class of ’22, we are going to be losing Jillian Margheim, Mason Faulkner, and lastly, Joshua Bailey. All three were a major part of the Scout, all for different reasons, and all brought so many needed aspects to the table that were able to make the scout so successful. But journalism isn’t just what these students do best. Each of them were able to make an impact on the program and on the school and will all be leaving something great behind for others to learn from how they modeled and led the Scout as seniors this year.

Staying Up to Date

Jillian Margheim was the managing editor for the Scout and kept everyone organized and on track. She made sure everyone had their articles in line and made sure they had everything ready and things in on time. Jillian says the reason she joined journalism was that she needed the English credit to graduate early. And someone told me it was fun and easy. When it came to her favorite aspects of journalism, she mostly enjoyed being able to attend different events and write about them as well as the interviewing process. Writing hasn’t always been what Jillian likes to do, but she added that journalism really helped her find that she likes writing articles. She enjoyed how the class was self-paced and how the community of the class was always supportive.

“The biggest challenge in journalism was deadlines.” I still didn’t hit my deadlines on most of my art leads, but I was able to on a few. I’ve honestly learned a lot of people skills. How to properly interview someone and be polite; how to press people for information in the best way possible; and how to write articles. It’s just a whole different style of writing. “

Apart from journalism, Jillian likes to hang out with her friends and also enjoys working and painting. As for post-eco diary plans, Jillian says, “I haven’t decided yet.” I’ll either go to CSU for forensic science or WYO for business. ” In her freshman year, she was a part of the varsity dance team and was also involved with FBLA and even placed to be put in state. Jillian has always made it her goal to enjoy high school. She says, “I can say I’ve done that this year.” Senior year has been the most fun. I’ve made the most friends and have done a lot of crazy cool things. “, she adds. “My favorite memory from senior year is probably the HOCO football game. I had so much fun. I went with a bunch of my friends and my boyfriend, and we even won the game, and I got Qdoba afterwards.

Taking things from learning lessons to be able to use them in the future is very important. Jillian learned that time management can take you a long way. She says, “No matter what it is, you’ll need it.” Jillian is successful, hardworking, and just an overall person that is fun to be around. She brings such a fun spirit anywhere and is very encouraging but serious at the same time.

A Picture of the Future

“I was really into photography, and thought that journalism could elevate that.” Mason not only focuses on photography for school but also is able to bring it to life outside of school, and it is something that he really enjoys.

He says that one of the main things that he’s learned from this class is how to conduct interviews and do solid research for articles. Mason enjoyed the freedom that pursuing journalism gives you and being able to pick what you want to write about.

After high school, Mason plans to attend Colorado State University and will plan to get a social science degree in criminology. Mason says that his biggest inspirations so far have been his parents, 100%. Mason is also involved in the yearbook, which has also been able to bring many benefits to his photography.

“I have learned that having good friendships and social relationships can make you a better person.”

Mason enjoys hanging out with friends and, of course, photography. He believes that since he’s planning to do something in the investigation of social science, journalism can help him with writing papers and doing research. He brought to the table what hasn’t been the most successful in the past of the scouts with his photography, which was able to elevate the journalism program majorly. Mason brings a lot of personality and comedy to the table as well and has been able to have so much success in his four years of high school and will have so much more in the future to come.

Joshua Bailey was very dedicated to the Scout throughout the entire year as its Editor-in-Chief. Josh has been able to show leadership by being editor in chief by keeping people in line, helping, and just generally working overtime for the scout. This was Josh’s only year on the Scout, but he wishes that he could have joined sooner because of the passion and love that he has grown for writing. “I certainly wish I had joined journalism sooner. It is a great class that got me out of my comfort zone and pushed me to get involved with all the school events and activities.

“It was my interest in writing that brought me into journalism. Writing is an art—your eloquence with a pen and paper can carefully craft a piece the same way a paintbrush and canvas can. After I discovered that, I’ve found that writing is my passion, and is something I hope to pursue in the future. “

The Scout has really been able to take control and manage the situation very well. He’s always there if you’ve ever needed any help with anything and always gives the best writing advice. But even with the success of him being editor, he did have to face challenges.

“The biggest challenge for me this year was fulfilling my role as editor-in-chief of the newspaper. That entailed editing and sometimes rewriting articles on a daily basis, contacting Coon for publishing dates, and ensuring that the paper was producing the highest quality of articles possible. “Though it was challenging, I am grateful for the success the paper saw this year, and hopefully the paper will flourish for years to come.”

Josh is also a very involved student. Josh has run track and cross country and even played one year for the men’s volleyball team, as well as basketball. He has also done broadcasting for play to play for our programs. Josh has been in choir all four years of high school and was even involved when they won state his freshman year. Outside of school, Josh loves to play his guitar and sing. He added, “I also like to play basketball, make videos and hang out with friends.”

But Josh has been very dedicated all four years and has maintained focus throughout his four years of high school. Who’s your biggest inspiration? “Tough question, because I don’t really have one person as my biggest inspiration, though if I could put a finger on one figure, it’d be God.” He also learned that working hard and having dedication pay off a lot in the future and managing time well can lead to success.

Since Josh is planning on partaking in some form of journalism in the future, first he is planning on attending a summer semester at Brigham Young University in Provo, Utah, before serving a 2-year church mission in Fortaleza, Brazil. But Josh said, “My goal after high school is to study journalism even further and develop my writing skills to reach professional eloquence.” My dream job would be to write for ESPN, though I’d be content covering sports no matter the company. “

Josh has been able to impact the scouts tremendously this school year. He was awarded with a Best Of SNO badge for one of his articles, which was long awaited and very much deserved. As Josh continues to pursue journalism in his future, there’s no doubt whatever he does will be successful. Josh has a great mindset, and whatever he chooses to do with life in the future will undoubtedly end brightly.

Tackling Things as a Team

After asking each of them how they related to each other, they all responded with,

Josh and I haven’t really made much of a connection beyond just being friendly classmates, honestly. But I think when Josh and I wrote the HOCO article, we made a really good team. Mason and I, however, I consider us to be good friends. ” said Jillian.

Mason simply said, “I think we all have ambitions after high school.”

As Josh says, “We all joined journalism the same year, and we’ve all had to endure the horrific years of COVID.” In that light, we have all overcome the same challenges, and that instantly gives us something to relate to. “

Although they might not all be best friends, the team they were able to make, the roles they played, and how they all showed out as leaders when needed, is what’s most important to how they were all able to relate and contribute to the scout. All three of them will be very much missed in the journalism program, but we all hope that wherever they may go and whatever they may do, we all wish them the best.