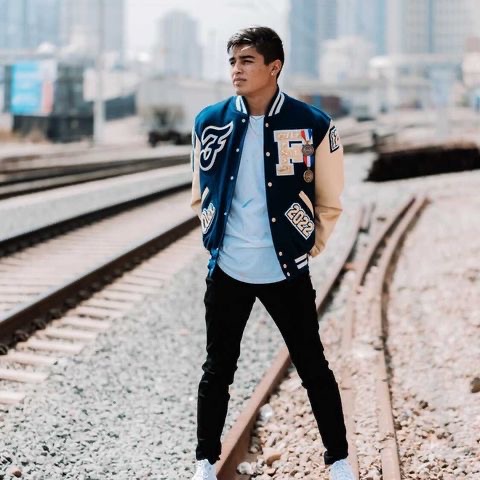 Alex Carillo poses for the camera during his senior photos

Alex Carillo is the face of three different sports this year at FHS. Can he handle the pressure?

If Alex Carillo were to reminisce on his outstanding high school sports career, he would see he’s the most decorated athlete at Frederick High School. He’d notice his tremendous achievements, placing in the state title for wrestling. He’d recognize how far he’s come, from beginning to run just five years ago, to being a vital member of the first state championship-winning track team in over 15 years. But he isn’t reflecting and he is rarely one to reminisce. Instead, it’s 4:30 in the morning, and Alex doesn’t have time to recollect. There’s no off-season for him. He wakes up and gets to work.

Alex realizes the sacrifices he’s needed to make to get where he is now–the pressure he faces. Pressure, rarely anyone else feels. Senior Alex Carillo not only competes in three sports for Frederick High–Cross Country, Wrestling, and Track–he is anticipated and expected to compete in the state titles for all three–something few athletes ever accomplish. Not only will he make state for wrestling, but Alex will also be expected to compete for a top-three position in the finals.

To get to this point in his career, Alex has gone through rigorous, daily training. “I wake up before school and would go on a run then go as hard as I can in practice then lift heavy. I am constantly doing something,” Alex says. “I am constantly drained.” According to Carillo, his nonstop conditioning, dieting, and training is a struggle every day, but “completely worth it in the end.” Yes, Carillo has made major sacrifices to become the best–from going to “extra practices even when I didn’t want to”–to cutting 10 pounds in less than two days in preparation for a wrestling meet. It’s a lifestyle that very few have the resilience to pursue–but it’s what has molded Alex into the top competitor that he is. “You have to set a standard and surpass it to be great. You have to have a good mental game and show up no matter the situation. You have to think you’re great to be great.”

Carillo credits his dad for getting him into sports and refining his skills. According to Alex, he’s the man who “made me the best I can be.” Alex will need the extra motivation and support as he is headed into his conclusive year of high school athletics. He’s is poised for the big year and wants “to be the hardest working person in the room or on the track. I want to leave my fingerprint on all sports I do and be remembered as one of the best to do it.” By the time Alex’s senior year will come to a close, he’ll have 11 athletic letters. Yes–he will have a varsity award for every sport he has done, every year of his career(the only exception being Track 2020 due to Covid). Certainly, he has left a mark on Frederick’s athletic program. He already holds his name on two school records: the 4×4 and 4×8 relays for track. Yet, he is searching for more. “I hope this year to crack a few wrestling records and cement me on the board.”

Whether or not he wins state or gets any new school records, his legacy is solidified. Alex Carillo is a champion. “I put in so much work and just hearing that title makes it feel all worth it. I only hope to accomplish more than ever before this year,” he says. “I have no regrets.”